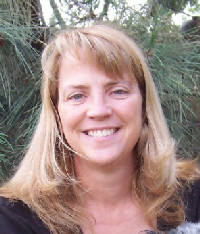 After 30 years of guiding, nurturing and growing the RMRP, Judy is retiring as Executive Director, effective December 31, 2017.  She will remain active in the RMRP in an advisory capacity with the Board of Directors in fundraising and long-term planning.

“In nature I find the inspiration to work toward a better world. I hope that the RMRP will open the eyes of those who meet us and inspire them to look within and be the difference!”

Raised in a rural suburb of the Chicago area, Judy gained an appreciation for wildlife by realizing how fleeting and precious it is in some areas. She grew up camping and hiking with her family in Illinois and Wisconsin.

She attended Luther College in Decorah, Iowa, receiving a B.A. in Biology. She then attended the University of Missouri in Columbia, living on a state wildlife area on the northern edge of the Ozarks, with wild turkey and grouse and loons outside her window. She spent most of her graduate student life in the cypress swamps of southeastern Missouri, studying wood ducks in the flooded hardwood bottomlands.

After completing her graduate studies, she moved to Colorado in 1979, and had a variety of work experiences with state and federal agencies and environmental consulting firms, conducting wildlife surveys, developing literature surveys, writing environmental impact statements, and working as a technical editor.

She was hired as the first Executive Director of the Rocky Mountain Raptor Program in 1987, with the charge to guide the organization through the transition from a student club into a community organization, developing a volunteer program, community education program, and fund raising strategy. Judy’s leadership has taken the program from a small student club to the leading raptor rehabilitation and education facility in the region. She enjoys teaching about all aspects of raptor biology and behavior.

She has one son, Adam. In her spare time, she enjoys hiking and exploring the fiber arts through weaving and knitting.