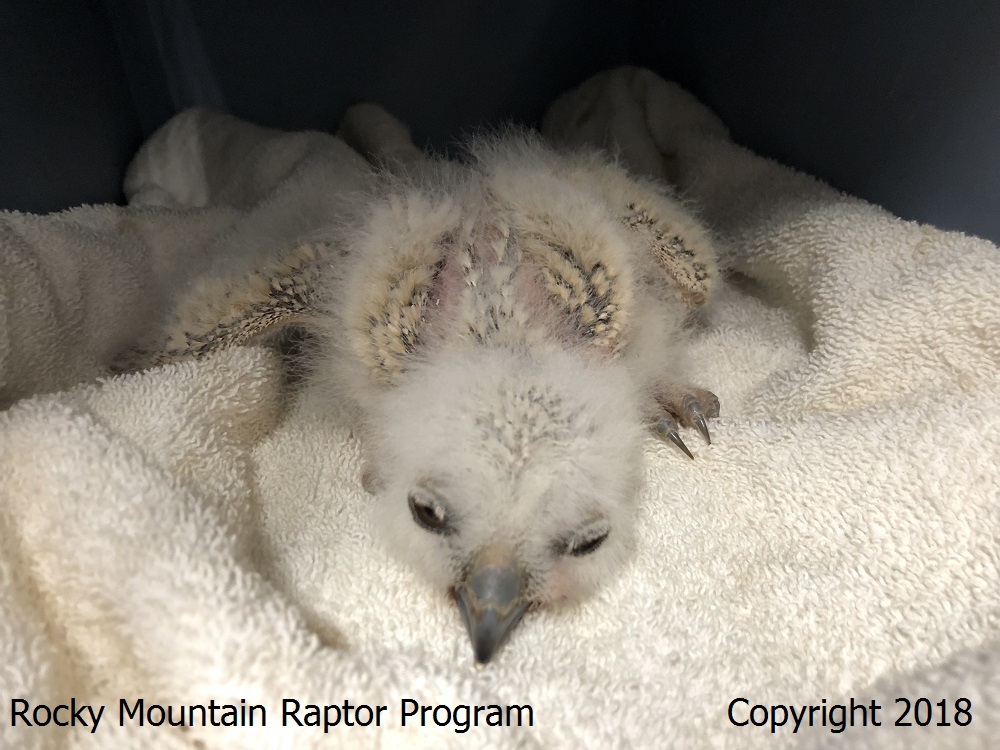 It suffered from severe head trauma and general body trauma. Despite these injuries, it grew healthy and strong. After several months of rehabilitation, the young owl showed promise. It was successfully able to hunt live prey, fly and maneuver well, and had the feisty attitude of a Great Horned Owl. It was decided to try to give this this youngster a chance at life in the wild.

Unfortunately, all efforts to return this beautiful owl to the wild were not successful.

The owl was monitored after release. It was found to not be thriving in a wild situation, probably due to the head trauma sustained as a chick. The young owl was brought back to RMRP for re-evaluation and was found to have probable cognitive inability to survive in the wild. Due to likelihood of life-long disabilities, the Great Horned Owl was deemed non-releasable. 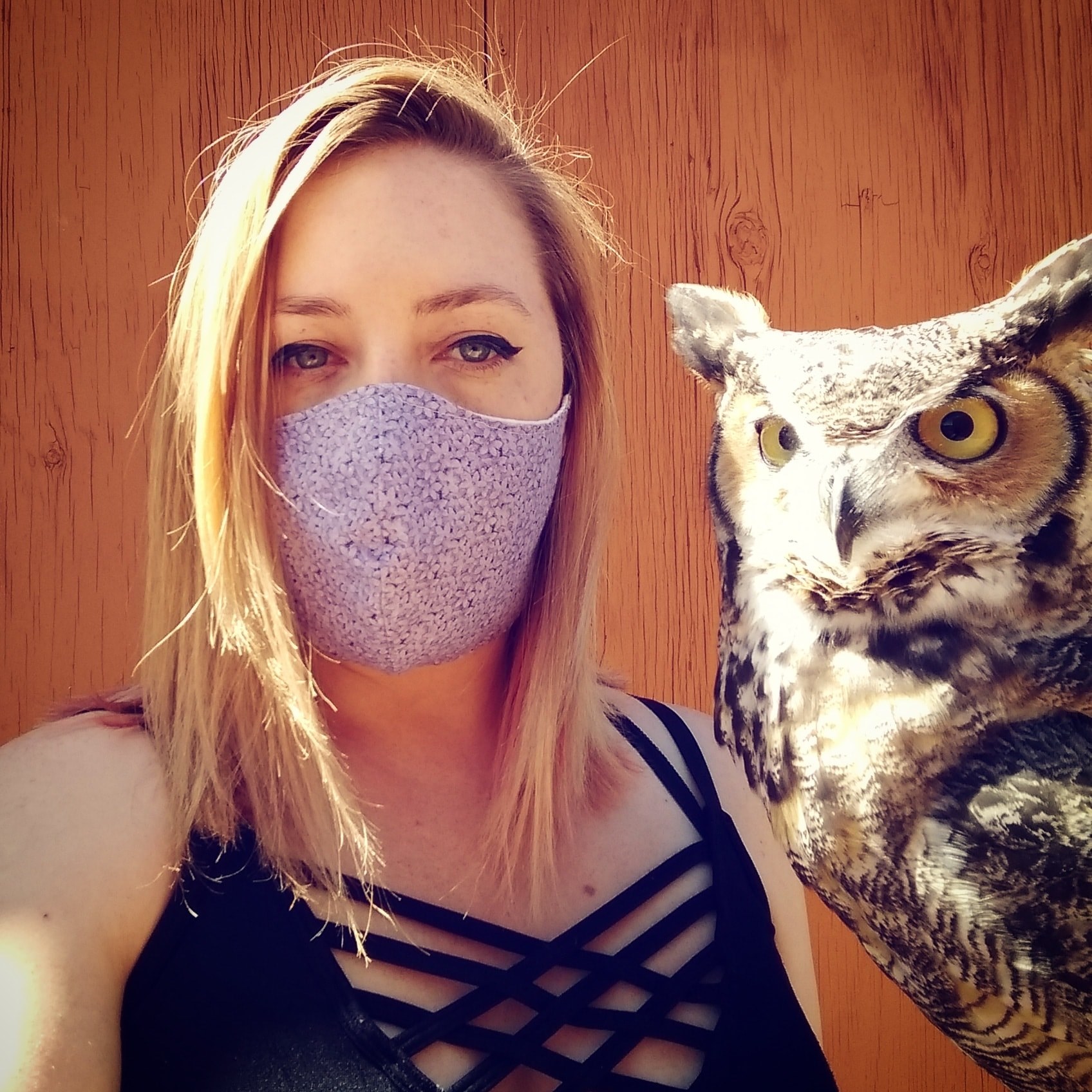 The Great Horned Owl was brought on by RMRP as an Educational Ambassador. Although is disabilities may have prevented this youngster from returning to the wild, it did not impede its progress as an Ambassador.

Strong and fearless in its own way, this owl has worked hard at becoming a beacon of awareness for its species.

To support his care, visit the Adoption Page or make a donation in his honor.