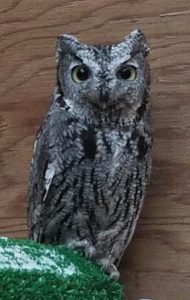 After being found tangled in garden netting in New Mexico in 2017, this Western Screech Owl was rescued by On a Wing and a Prayer. Her right leg was caught pretty badly in the netting, and she ended up with severe damage to her leg and toes, and even lost a couple of her talons. Her leg healed, but with those talons missing, and without full use of her foot, she would have a difficult time catching and holding onto her prey out in the wild. She was transferred to the Rocky Mountain Raptor Program in December 2018 to be an education ambassador for her species.

As a nestling in 2015, she had been caught in Sandia Park, NM, banded and released.

To view his television debut on 9-News please click here. Even a little owl gets 15 minutes of fame. 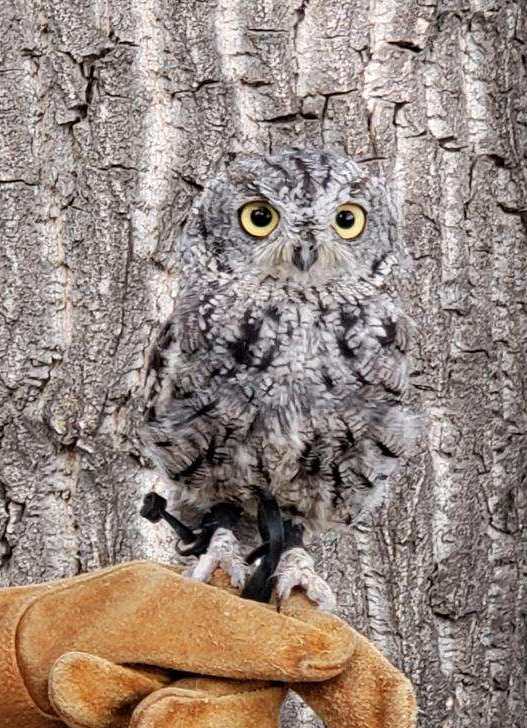