Our female Swainson’s Hawk, who was with us since 1991, is considered RMRP royalty. She came to us after being found on the ground in Arapaho Wildlife Refuge near Waldon, CO, as a first-year bird. Most likely, she had been hit by a car. She sustained a fracture of the right metacarpus (wrist and hand areas) and a had a head tilt (known as torticollis). Through rehabilitation, the head tilt resolved. Unfortunately, the fracture in her metacarpus left her non-flighted.

Being a first year bird when she came in, she adapted very well to life in captivity. She traveled to schools and outreach events to educate thousands of people each year.  She was a wonderful and patient ambassador, allowing raptor newbies to learn the fine details and skills needed to safely care for our beloved Educational Ambassadors. She also tested new handlers to make sure they have quick reflexes and good handling and feeding skills.

In spite of being an elderly matron, she still felt comfortable enough to lay eggs until her last 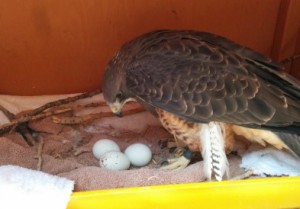 year of life. This is a big compliment to the care she received at the RMRP, as raptors typically only lay eggs when comfortable.

She has developed a very trusting relationship with caretakers. Staff members acted as the other “parent” when she produced eggs. The human substitute sits in her enclosure next to her eggs several times throughout the day so that she can get up, stretch her legs, and use the bathroom.

In her twilight years (average life span in the wild might be about 12-15 years), she mostly worked close to home. When she passed in 2021, we celebrated her 30 year legacy with love and absolute reverance. 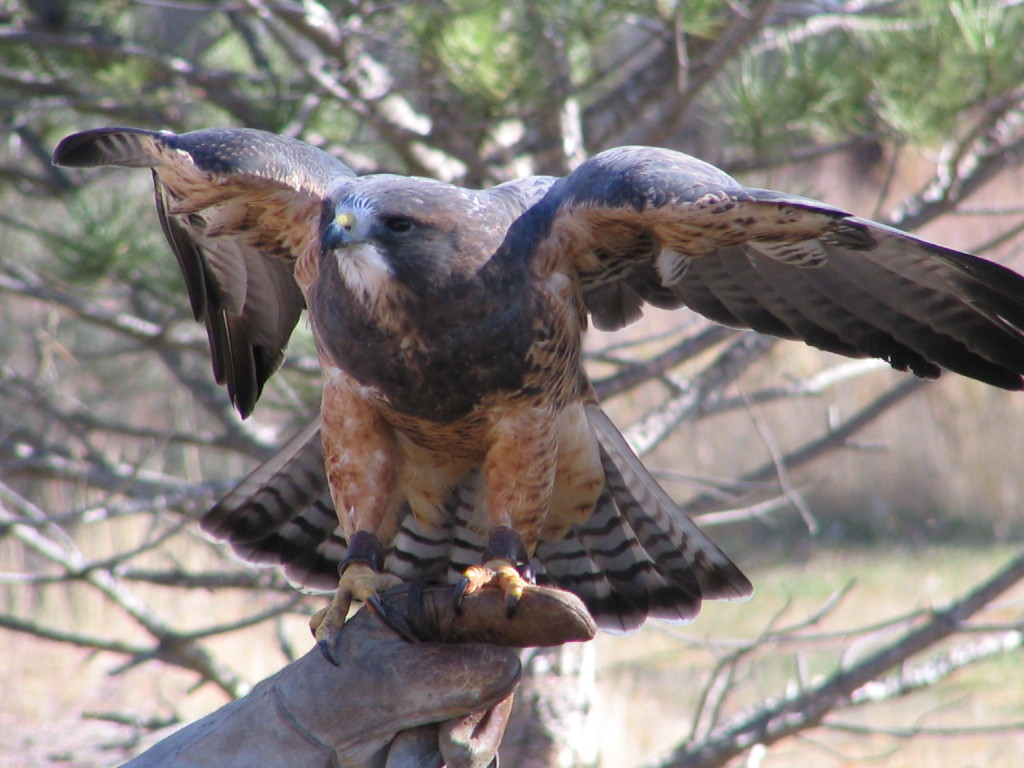