All wild birds are protected by law. State and federal laws prohibit you from having any protected wildlife in your possession, even temporarily, unless you are transporting an injured raptor to receive medical attention.

When to Take Action: 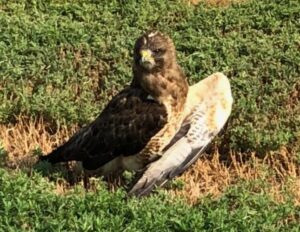 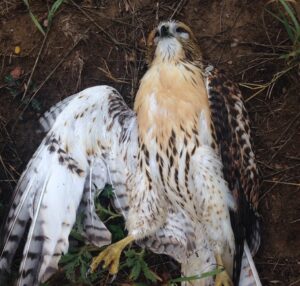 On its back and unresponsive.

Standing with eyes closed and unresponsive. 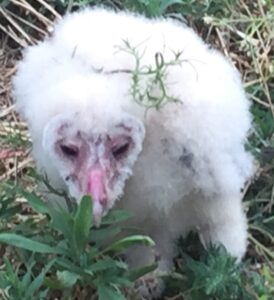 Sometimes, a raptor is simply exhibiting a behavior you may not have seen before. Cool!

Here are some situations you might want to just observe for awhile before calling for help. You should watch from a distance and check periodically to see if the raptor has moved.

Sometimes, well meaning people will collect a bird they believe orphaned, not realizing the parents are watching. Before removing a bird from its home, observe and watch for parents returning with food. REMEMBER: A young raptor's best chance of survival is to be raised by its wild parents.

Before trying to handle an injured raptor,

If you cannot reach our rescue team (they may be rescuing a raptor themselves), you can read our information about Handling an Injured Raptor.