November is the month that those in the RMRP rehabilitation department look forward to for most of the year because it signals the "slow"season for us.  A time when the chaos of the summer is behind us and we can catch up on all the projects we have put aside in our "November pile" in anticipation of slower times.  So far, this November has not been a typical one.  For the first half of this month injured birds continue to come in at a steady rate,  on average one a day.  Some are residents that stay in the area all year long like great horned owls and red-tailed hawks.  Some are passing through the area to find a good place to spend the winter, often moving from a higher to lower altitudes, like the Northern goshawk 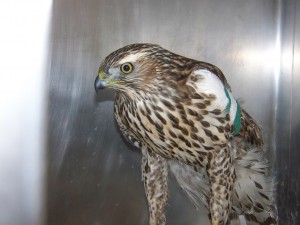 and Northern saw-whet owl.  Others are winter migrants that arrive to spend the winter with us like the merlin and rough-legged hawk.

Also not typical for this month is that we have three out of the four small owls that occur in Northern Colorado undergoing rehabilitation.  Small owls are not uncommon for us to see as patients, but to have three little owl species here in our facility at the same time is a first!  A Northern saw-whet owl recovers from head trauma after a window strike. 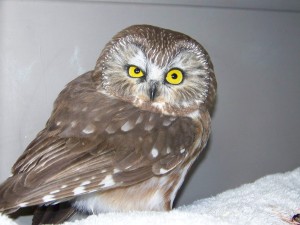 A boreal owl recovers from trauma after being hit by a car. 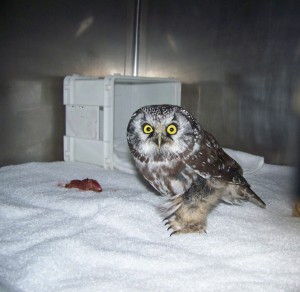 And the smallest of the three little owls, a Northern pygmy owl (weighing in at only 76 grams)recovers from a glancing blow by a vehicle. 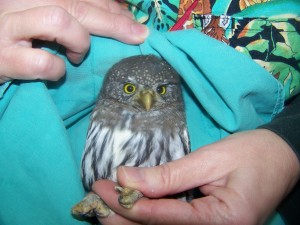 These little guys may be small in stature and can, at times, be fragile patients, but they are never lacking in attitude!

This November to remember is only half over.  What will the second half of the month bring?