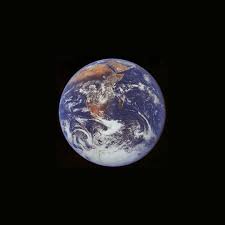 Join us every Wednesday at 4pm to learn new and engaging information about birds of prey. Our team of educational presenters and permanently disabled raptors will help you find inspiration, wonder, and ways to conserve these amazing creatures. Live streams … Read More
May
5
Wed
4:00 pm Education Live Stream @ YouTube
Education Live Stream @ YouTube
May 5 @ 4:00 pm – 4:30 pm

Join us every Wednesday at 4pm to learn new and engaging information about birds of prey. Our team of educational presenters and permanently disabled raptors will help you find inspiration, wonder, and ways to conserve these amazing creatures. Live streams … Read More
View Calendar
Add

The best feeling in the world is when a raptor is able to go through the rehabilitation process and get its Second Chance at Freedom. However, the role of the Rocky Mountain Raptor Program doesn't end just yet. Just prior to transporting the bird to the release site, we go out and safely capture the bird from its flight enclosure and then give the bird one final assessment to ensure that it is indeed ready for release. Then we may take certain body measurements that assist in sex determination or for other research projects that we may be involved in.

The final thing a bird gets before leaving the RMRP for release is jewelry. Jewelry? Yep, the bird gets some bling before it leaves the RMRP.

With just a few exceptions, all of the raptors that we release back into the wild are fitted with an aluminum band from the United States Geological Survey (USGS) Bird Banding Lab. One of our RMRP staff members has a Federal Bird Banding Permit that allows us to band the raptors that we release. Each band has a unique identifying number on it. This band is carefully fitted and then crimped into place on the lower right leg of the bird. There are varying sizes of bands to accommodate the different leg sizes of the many different raptor species that we see in this country. Periodically the RMRP submits a report to the Bird Banding Lab so the identifying number and data from each individual bird can be entered into their vast database for future reference.

This is where it gets interesting.

In the event a banded bird is recovered by someone ( the reporting party) due to the death of the bird, injury or trapped in a research setting, the number can then be reported to the Bird Banding Lab. Information as to where and when the bird (or sometimes just the leg and band) was found is given to the Banding Lab and they enter it into their database. The Banding Lab then notifies the permitted bander of the band recovery and passes along the information that it received from the reporting party. This data is extremely useful in tracking raptor territorial and migratory patterns. The many banding projects all across the country play a vital role in raptor conservation. Here at the RMRP we can go back into our records and see when the bird originally came into us, why and then where the bird was released. Sometimes these birds actually come back to the RMRP.

Over the last several years we have had some interesting findings in regards to band returns and re-admissions of banded birds. A couple of years ago we admitted an underweight adult Swainsons hawk that was thin and suffering from West Nile Virus. The RMRP originally admitted this bird two years earlier as an orphaned, fledged (newly flighted) bird which was then subsequently fattened up, flight conditioned and released into a kettle (flock) of Swainsons hawks for their fall migration down to Argentina. The re-admission of this bird and our ability to reference the band number was important because we were able to determine that the bird had twice made the  round trip from Colorado to Argentina. That alone was a huge success! Fortunately this bird recovered and was released to hopefully make more trips to South America.

Last year we were informed of a band return on a Golden Eagle that originally came to us from a rehabilitator in Moab, UT. This bird was in pretty rough shape with West Nile Virus, lead poisoning and a debilitating foot condition called Bumblefoot. After a lengthy stay with us the bird was released north of Fort Collins. Several years later we received a band return report on this bird indicating that the band had been found near Eagle, CO. With plenty of suitable Golden eagle habitat in northern Colorado why was this bird headed west? Was it heading back to Utah?

In October of 2008 we admitted an immature Red-Tailed hawk from Firestone, CO with a fracture in its right shoulder. After a couple of months of healing and flight conditioning the bird was released in December of 2008 near Windsor, CO. On July 30th of 2011 we received a band return report on this bird. It had been found injured and had been taken to a rehabilitator for treatment. The bird was found near Dillon, Montana. What compelled this young bird to wander over 500 miles from its birthplace?

The most recent band return was on an Adult Red-Tailed hawk that was admitted on February 12th from Berthoud, CO. The bird was underweight, weak and had an injury to its right foot. Unfortunately the bird died within a few hours after admit. After performing a necropsy it was determined that the bird had probably died from natural causes. The bird originally came to the RMRP on June 30, 2007 and was a mature adult at that time (approx 3-4 years old). The bird had head trauma (possibly hit by car), had some broken feathers and was underweight. The bird was a month into its rehabilitation when it came down with Avian pox. Avian pox is naturally in the environment and can be transmitted by mosquitoes. Just like Chicken pox in humans, it is a virus and just needs to run its course. After nearly a year at the RMRP the bird got its Second Chance at Freedom and was released at Fossil Creek Reservoir on May 11, 2008. The bird then spent the next 4 1/2 years in the wild doing what hawks do.

All across the world there is much being done to study the migration patterns of all birds. This research will hopefully give us a better understanding of when do they migrate, what do they do along the way and where is their final destination. That way we can do a better job of protecting them and the wild places that they live in.

While we hope that all of the raptors that the RMRP releases back into the wild will live full lives and die of old age, this isn't a realistic expectation. However, they will all leave healthy and with a story. The RMRP chapter of that story will be attached to their right leg.