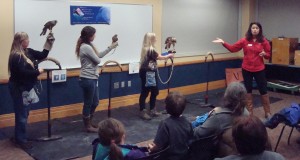 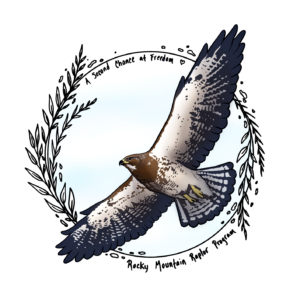 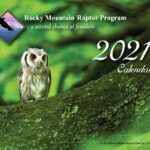 Today is the final day to submit photos to the Annual Photo Calendar Contest. Raptors from all over the world will be considered for inclusion in the 2022 RMRP Annual Calendar. Calendar submissions help to raise money for to fulfill … Read More
View Calendar
Add

April is usually a month that is usually just a warm-up for our busy season that kicks in high gear around Mid-May or early June........not this year!

Late season snowstorms in April hit Northern Colorado at a time when Swainson's hawks and Turkey Vultures were returning from their wintering grounds in the southern latitudes. Already weak and tired from a long migration and unaccustomed to finding food in heavy snow, these birds struggled. American Kestrels were also hit hard during the severe snows. Their high metabolisms require them to eat more often than the larger raptors species. Many female Kestrels were already laying eggs and using up large amounts of energy to do so. The male Kestrels had difficulty in finding food for themselves, let alone also providing food for a nesting mate. The females were then forced to venture out to hunt for food.

The mid-April snowstorm dumped 20" of snow over a 3+ day period . That is long time to go without eating. Besides the snow and abnormally cold temps in the teens, some of the Turkey Vultures also had something more sinister working against them...Lead poisoning. We rescued three Turkey Vultures during this storm that were weak, cold and wet. The all had high Lead levels in their blood. This further weakened these birds in a time of high physical stress.

The heavy snow cover forced many raptors to hunt near roadsides which make them vulnerable to being hit by cars and cloudy conditions contributed to an increase of raptors hitting windows.

All of these factors combined to give us a new record for admissions in the month of April...45! These are monthly admit numbers that we usually don't see until mid-summer.

After the Mid-April snowstorm cleared and then melted we had a Jailbreak day and released 7 birds! We released 4 Female Kestrels (storm victims), a Turkey Vulture that recovered from trauma and an immature Red-tailed hawk that had recovered from being severely emaciated.

Before the RMRP staff and volunteers could catch their breath, another major snowstorm hit the area on May 1 and dumped more than a foot of snow along with strong winds. Once again the arriving migrants were hit hard and 5 birds from the storm were admitted on May 1st. Three Turkey vultures and two Swainson's hawks were found on the ground and were cold and soaking wet. One of the vultures was found down in the middle of a windswept field, surrounded by 18" of snow and was huddled next to another vulture for warmth. One flew away, but the weaker and wetter of the two was rescued. It truly was a sad sight to see.

Luckily these Turkey vultures and the Swainson's hawks were only hungry, wet and cold. After a short stay at the RMRP these birds were released back into the wild.

While the snow was some badly needed relief from the drought conditions in our area, it would be nice if winter would go away and moisture come in the form of rain.

The  RMRP Rehabilitation staff wondered if the weather was ever going to clear. After the last snowstorm on May 1st left the area covered with over a 12" with very heavy, wet snow the big question was just how long it will take the snow cover to melt? When will we be able to release birds that are ready for their Second Chance at Freedom?