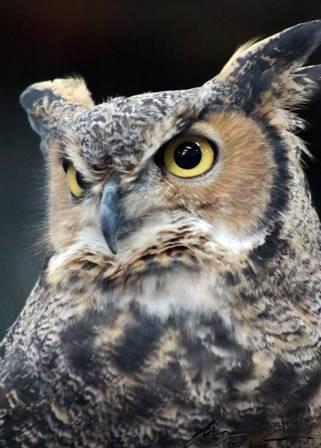 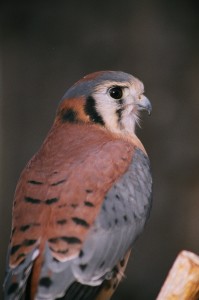 Are you a Colorado Government Employee?

If so, you can easily designate your charitable contribution to RMRP through the Colorado Combined Campaign. Right now, State employees are participating in workplace giving campaigns and making pledges via payroll deduction, cash, check or credit card. No matter the amount, your contribution makes a huge difference!

This marvelous book combines facts of how raptors hunt and act with adventure and fantasy.   Written by former Rocky Mountain Raptor Volunteer, Daryl Periman; we are proud to host this new book in our gift shop.  While Daryl was a volunteer with the RMRP he learned and began to understand the different characteristics each raptor species demonstrates.  He interprets those characteristics in this skillfully written book.  He also imbues this book with many of the RMRP's beliefs in giving wild creatures a life of freedom.

This book will make a great holiday gift or stocking stuffer.  Great for young adults, any raptor lover, and fantasy enthusiasts.  On sale now for only $17.00.

Book 1: Blurr And The Raging Horde

An ancient beast lies within the glacial ice until climate change melts the ice enough to awaken her and her army of telepathic bats intent on revenge and domination.  The night hunter Queen sets out to take over the skies as the number one aerial predator only to be confronted by raptors who will not give up their hunting grounds without.

Blurr, a young and naïve peregrine falcon, raised by humans, finds herself loose in the wild of northwest Wyoming.  She has to learn quickly how to survive on her own but becomes embroiled in a war between raptors and an army of night hunters known as the Pshotee. Meanwhile, a vet, a teacher, and a band of city slicker FBI agents attempt to learn how to stop the Pshotee before they start preying on people.

Daryl Periman lives and works just north of Chicago.  During the school year he teaches science to middle school students and during the summer he and his family return to the West to the mountains of Wyoming where they used to live.  Having a Bachelor's of Science in Wildlife Biology and a Master's in Education, Daryl has combined his two passions of teaching and science into his stories.

Raptors are a particular favorite as he and his wife spent many years volunteering with the Rocky Mountain Raptor Program, where they would take injured birds and try to mend their ailments until they were able to be released.  Some of the raptors were deemed 'non-releasable' and were eligible to become an ambassador to their kin by being trained for educational programs.  Daryl had the honor of being involved with the training of several birds, but his favorite was being the lead trainer for a golden eagle. Falconry techniques were often used when handling these birds and in these situations the author noticed that different species of raptors showed certain personality traits that were very apparent. He has attempted to use some of these observations here in his story of a young falcon trying to find her identity and purpose of self in an uncertain world.