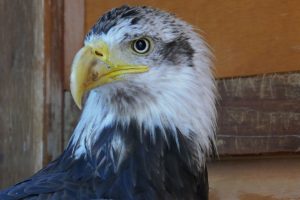 On July 25, 2018 the current administration put forth proposed changes to the Endangered Species Act (ESA) which has been critical legislation responsible for bringing plants and animals back  from the brink of extinction since 1973. The ESA states that the purposes of the Act are to provide a means to conserve the ecosystems upon which listed species depend, to develop a program for the conservation of listed species, and to achieve the purposes of certain treaties and conventions. Moreover, the Act states that it is the policy of Congress that the Federal Government will seek to conserve threatened and endangered species, and use its authorities to further the purposes of the ESA.  The Act defines an endangered species as any species that is “in danger of extinction throughout all or a significant portion of its range” and a threatened species as any species “that is likely to become an endangered species within the foreseeable future throughout all or a significant portion of its range.”

Some success stories of the ESA have been the Bald Eagle, Peregrine Falcon, Green Sea Turtle, Humpback Whale and more.  Scientists have concluded that over 220 species would have gone extinct between 1973 and 2005 without the protections of the Act. Currently 2300 plants and animals have protected status under the ESA.

We know that this legislation has worked successfully for conservation of ecosystems, animals, and plants. We also know that implementing laws that conserve ecosystems and animals can be complex, confusing, and expensive. Often doing what is best for a species may not be in the best interest of particular economic development opportunities. This is the crux of much of the conflict over the ESA throughout all its years of enforcement.

The ESA is a complex legislation to read, as are the proposed changes. It almost takes a lawyer to truly understand all the nuances and how these changes may impact the goal of conserving habitat and species. Those in favor of the changes state that it simply clarifies and streamlines implementation. This may be true. But it does open the door to a few other things.

The changes favor economics over conservation.  It removes the requirement to turn a blind eye to the economic impact of conserving a habitat and species. This can lead to conservation decisions being based on cost effectiveness and not for the conservation value and can potentially lead to pitting saving a species against big income industries. It doesn’t take much thought to know who will get the short end of that stick.

Additionally, it changes the protections that threatened species will receive. Currently they receive nearly the same protection as endangered species. With this change, it may not provide the protections needed to prevent threatened species from becoming endangered species. The changes go on to discuss how critical habitat is designated. And perhaps of greater concern is changing the interpretation of  what “foreseeable future” means.  One must consider the wild life expectancy of many of these animals is not nearly as long as the human.

As noted earlier, the ESA is complex, as are the proposed changes. We strongly urge all of you to do your own due diligence and educate yourselves on what these changes may mean. The government is seeking public comment through September 24, 2018. You can find the links for reading the revisions and to leave comment here: https://www.fws.gov/endangered/improving_ESA/regulation-revisions.html

At the RMRP.  we believe that biodiversity benefits us all and is crucial to the survival of all living inhabitants on this shared planet. Laws which help to protect that biodiversity are an imperative  and necessary to ensure the future for generations of human AND animals to come. We hope you all will give this some thought and post your comments on these proposed changes while you have the opportunity.  Posting on facebook gets people excited. But what makes a difference is your voice when the government asks and your vote in elections.